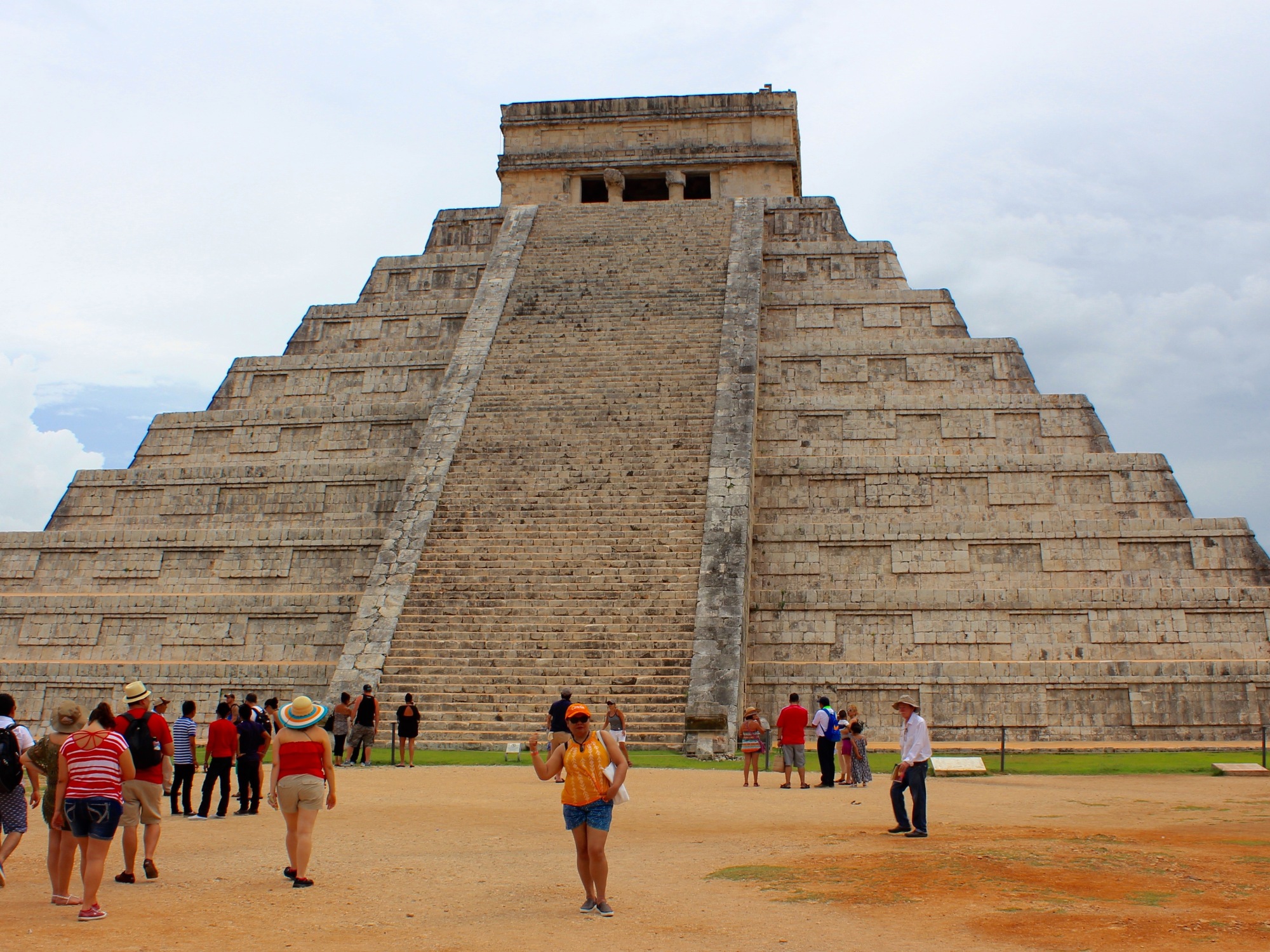 What are some fun and meaningful ways to celebrate a 27th wedding anniversary? Our children and niece may have thought, “What about gifting mom and dad an all inclusive, all-expense paid one week romantic getaway?” And that’s exactly what they did!

On Monday, August 3rd, we explored two of Mexico’s amazing treasures – the Mayan ruins of Chichen Itza and the Ik-Kil Cenote.

By bus, it took us about 2.5 hours to reach Chichen Itza from Cancun. As our tour group entered the ruins, it suddenly rained. “It’s a blessing from the gods,” quipped Orlando, our tour guide, who announced that it has not rained there for a long time. Still, Chichen Itza, which means “at the mouth of the well of Itza,”  sweltered with scorching heat and high humidity.

Orlando then directed us to converge around the 90-foot tall Temple of Kukulkan – the heart of the ruins and Chichen Itza’s most important ceremonial structure. The pyramid is one of the Seven Wonders of the World and is named after one of Maya’s supreme gods, Kukulkan – a feathered serpent bird.

And then we all heard it – an echo that sounded like a Quetzal bird call as we clapped in unison at the foot of the West side face of “El Castillo.” We did it again at the North side and the same chirping sound could clearly be heard. Interestingly, though, the ‘chirping echo’ does not work in the East and South side faces of the pyramid. I stood at the foot of the castle in awe, while recalling the Mayan’s human sacrifices as seen in Mel Gibson’s Apocalypto.

The magnificent ‘chirping’ pyramid is said to have been built during the 11th to 13th centuries on the foundations of previous temples. It is also claimed that the architecture of the four-sided structure is situated to mark the solstices and equinoxes. Each face of the Temple of Kukulkan has a stairway with 91 steps, which, together with the shared step of the platform at the top, add up to 365, the number of days in a year.

The Mayans are credited for creating a ‘sophisticated set of calendars even more exact than our own and that culminates with the alignment of our sun and the Milky Way Galaxy – a 26,000 year cycle.’ They also created the number 0! In fact, the Mayan civilization is known to have practiced the most complex cultures in the Western Hemisphere until 900 A.D. 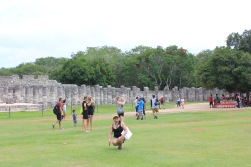 It was indeed amazing to see one of the world history lessons come alive!

But our tour did not end there. Cesar, our driver, whisked us to the amazing Ik- Kil Cenote, a  deep natural pit under a jungle-framed sky where ‘vines form wild cathedral walls leading up to shafts of sunlight.’  Swimming in the crisp mineral-rich pool of pristine waters provided us with the much needed relief to the scorching heat of Chichen Itza.

Ik-Kil Cenote, one of the estimated 7000 cenotes in Mexico, is formed by the collapse of porous limestone bedrock. It is about 25 meters beneath the surface easily accessible via a stairway that is carved into limestone rock. The pool itself is about 60 meters in diameter and 35 meters deep, where small black fishes can be seen frolicking under the turquoise waters. Cenotes, which means sacred well, were revered by the Mayans as portals to commune with the gods. 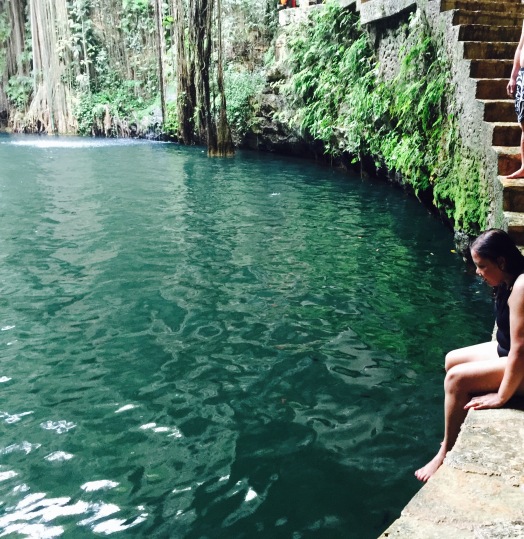 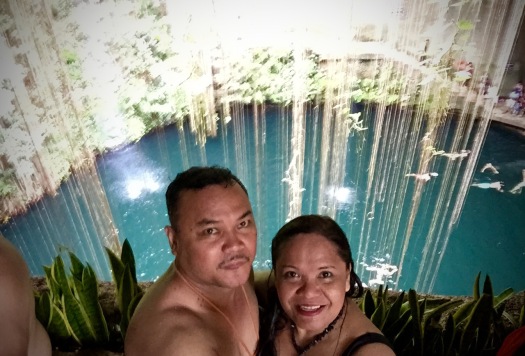 Indeed, today’s visit to the Mayan ruins and the Ik-Kil Cenote are culturally-enriched packets of fun, spiritual, and enriching vacation experience from which we, as a couple, may draw the strength from should we encounter some un-intended bumps and detours in our journey.

Thank you for dropping by! Cancel reply

This site uses Akismet to reduce spam. Learn how your comment data is processed.